KTechLab, the IDE for microcontrollers and electronics, has reached a new milestone: its latest release, 0.40.0, does not depend on KDE3 and Qt3, but on KDE4 and Qt4. This means that KTechLab can be compiled and run on current operating systems.

In the new, KDE4 and Qt4 based release, practically all features of the previous version are kept. Circuits, including PIC microcontrollers can be simulated, the programs running on PICs can be edited in C, ASM format, or graphically, by using Flowcode, and these programs can be easily prepared for programming real PICs. The only feature which has been removed is DCOP integration, which is not available in KDE4, and should be replaced with D-Bus integration.

The release tarball can be downloaded from KDE FTP. Its checksums are:

Screenshots of this release 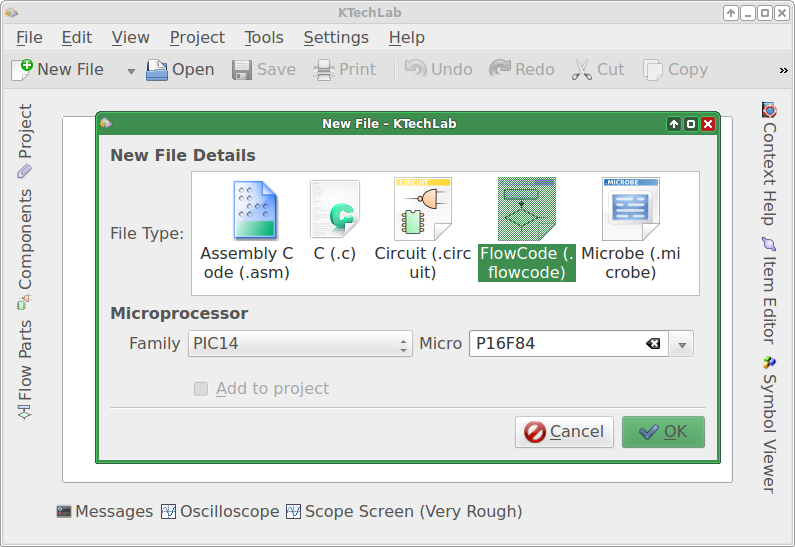 FlowCode is a graphical editor for programs. Practically a flowchart can be compiled to a program running on a PIC microcontroller. 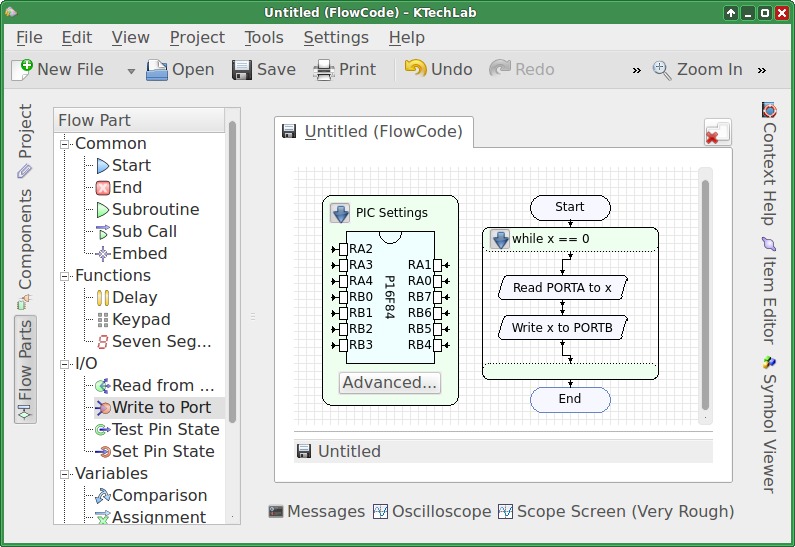 Circuits are simulated electronic circuits. Some components are interactive, like switches, so the user of KTechLab can change their state in real-time. 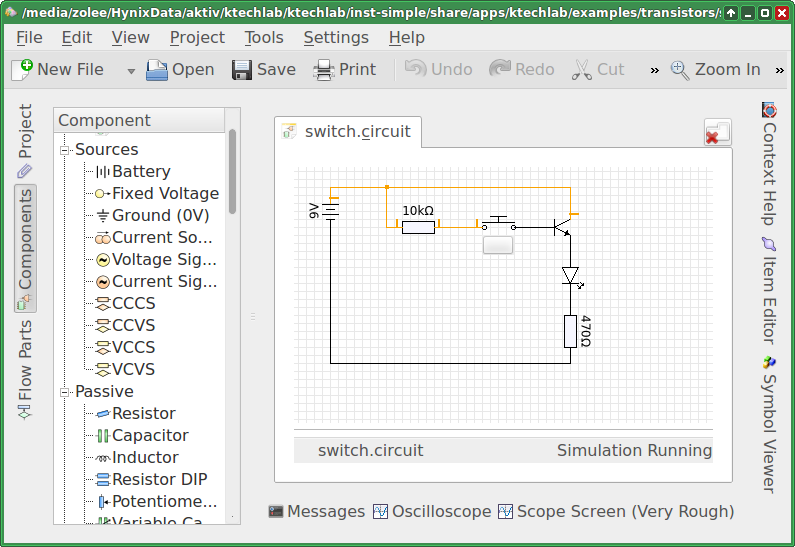 C and ASM files are source code which can be compiled and uploaded to a simulated PIC micrcocontroller or to a real PIC microcontroller. 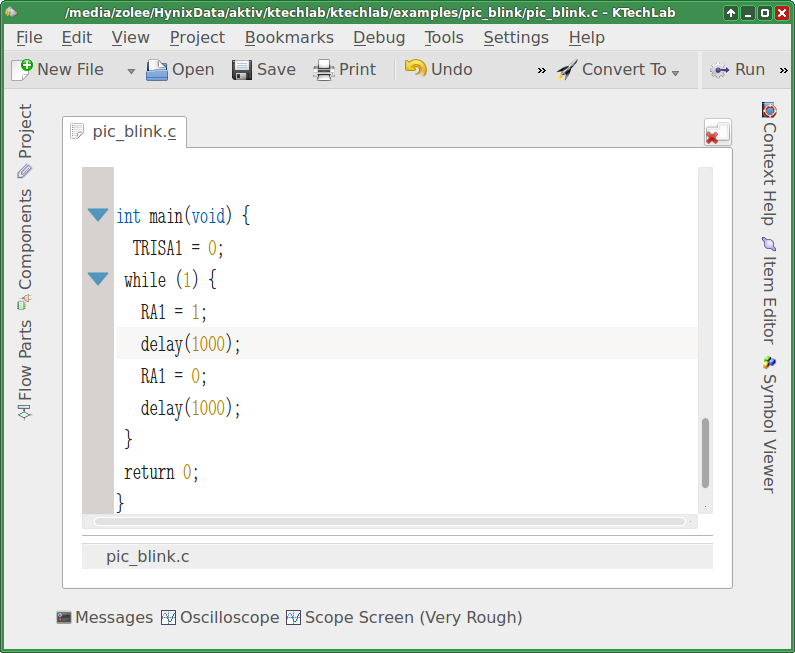 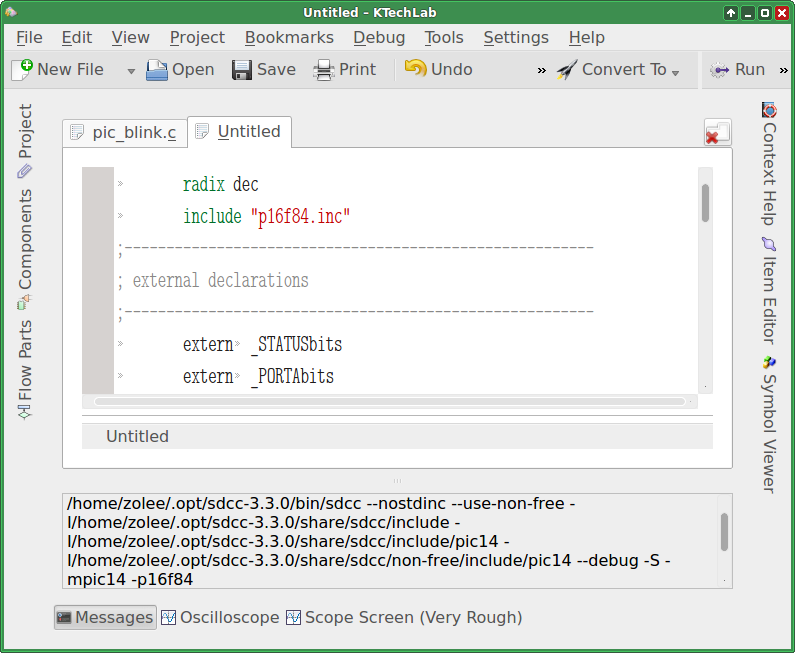 For details about running and debugging programs for PICs, I recommend reading my previous post on the topic: KTechLab: Simulating PIC microcontroller and a program running on it . 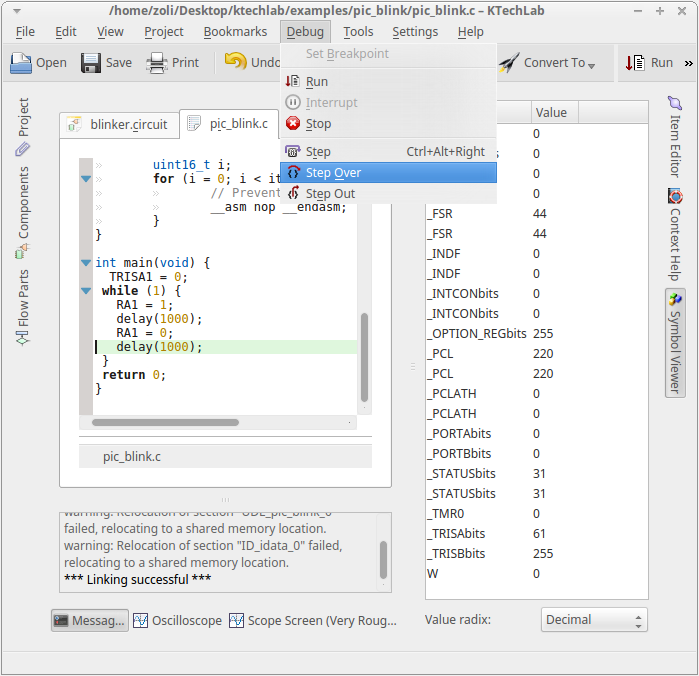 On IRC, developers are mostly reachable on freenode.net, on #ktechlab channel.

The source code of KTechLab is available in KDE Git, at https://cgit.kde.org/ktechlab.git/ (note: I’m aware that this link is not a “stable” one, but for now I couldn’t figure out the “stable” link).

Instructions for building and running KTechLab are available in the README file from the source code; online version of that file is available at https://cgit.kde.org/ktechlab.git/tree/README ; The very short instructions are: run sh simple-setup.sh and then sh simple-launch.sh.

The notes from joining KDE: https://community.kde.org/Incubator/Projects/KTechLab